Center for Climate Change – Gevgelija received recognition for special achievement for the implementation of the project “Increased involvement of the civil society in the decision making process in the field of environment”. The recognition was awarded within the programme of the fourth meeting of the grantees of CIVICA mobilitas by the Swiss Ambassador Sibyl Suter Tejada.

Within the project for the first time in the Republic of Macedonia was prepared action plans for greater involvement of the public in the decision making process in the field of environment. In total, six action plans were prepared for the period from 2017 to 2019, for the municipalities of Karposh, Aerodrom, Resen, Strumica, Makedonska Kamenica and Makedonski Brod. Action Plans contain activities for mobilization and greater involvement of civil society. These plans were developed in a joint collaboration between civil society organizations (CSOs) and local self-government units (LSGUs), and a number of municipalities adopted them for advice.
The development of the six action plans involved 9 CSOs and 6 LSGUs, which directly contribute to social change in Macedonia, ie better cooperation between CSOs and LSGUs.
As the final product of the project, the informal network consisting of 6 Municipalities and 9 CSOs, ie 6 regional networks, was formed: Regional network Pelagonia region, regional network Southeastern region, regional network Southwest region, regional network East region and regional network of the Skopje region . The role of the network is to monitor the progress and implementation of action plans, as well as to assist in the involvement of civil society.
With the help of the developed action plan for the Municipality of Karpos, we managed to implement a joint project (Joint for a Better Environment in the Municipality of Karposh), which was co-financed by the European Union. 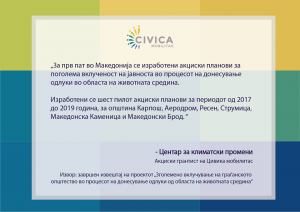 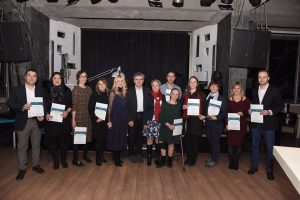 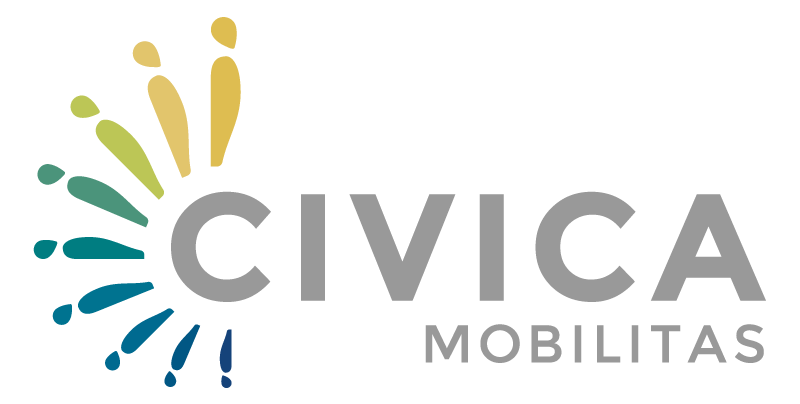